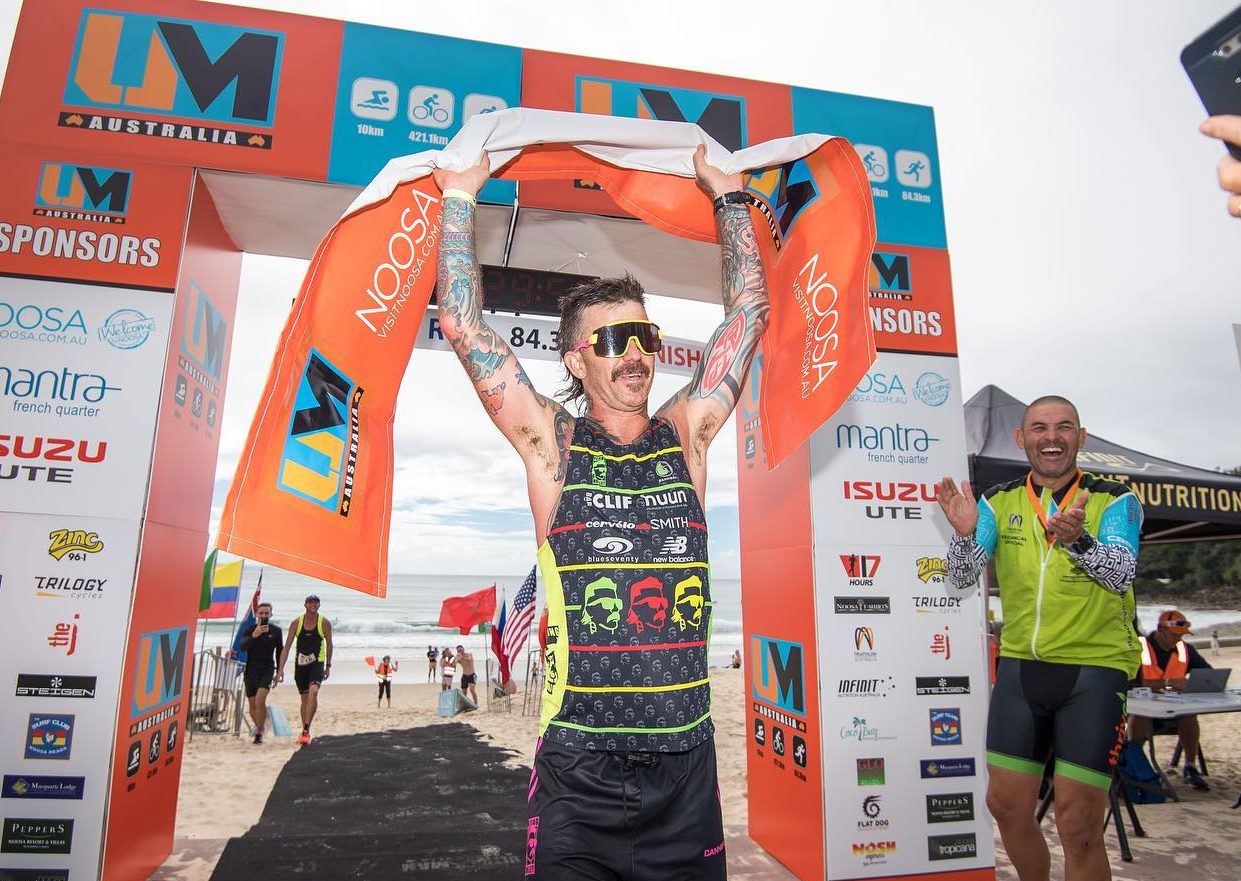 Opinion: From unhealthy to unbelieveable

Talent, they say, will only get you so far. Determination will bring you home.

Ain’t that the truth.

And endurance athletes will attest to it, too.

I’ve run a long time, but I’m not very good at it. Gold medals were never destined to have my name etched on them. And I’m OK with that.

But I am determined. Yes, sometimes people who know me call me stubborn.

It’s a trait which helps with running – being able to dig it in and keep going – and in life.

If there’s one thing the last few months has taught us, it’s the value of putting our heads down and just getting on with it.

Anyway, the point is, determination is such a central part of who Read is.

“If something’s a goal or there’s something that I have in mind, once I’ve got my mind to it, I’m all or nothing basically,” he says.

It’s seen him become a professional Ironman triathlete, a two-time champion at an event called Ultraman (a gruelling three-day event involving a 10km swim, a 462km cycle, and an 84km run), and a victorious trail runner.

But don’t for a second think any of this came easily.

Read grew up in Waiuku, a South Auckland township best known for the nearby steel mill, and the wild west coast coastline.

He was a sporty kid, but didn’t know about triathlon – “except seeing Hamish Carter winning the gold medal [at the Athens Olympics in 2004] and thinking that was pretty cool”.

Instead, he played cricket and rugby – hard. And, once he’d finished school, he socialised hard too.

“Doing those sports also involved a bit of socialising and drinking, as is the New Zealand culture, and once I gave up rugby and cricket, I carried on the socialising. The diet was shocking, the drinking was pretty shocking as well.”

He was overweight and unhealthy in his mid-20s when his family got him interested in running. He took on the Auckland half-marathon, then entered a triathlon as part of a team with his dad and step-mum.

His role was the swim. “I remember going to Parnell Baths in 2008 and I could barely swim one length.”

Somehow, he completed the 1500m swim in the race, and he was hooked on the sport – by the next year he was heading off to the age-group world champs and, by 2012, was racing professionally in Europe (balancing it with his job as a draughtsperson).

That sounds like a swift transition from couch to Ironman world stage. But in between was a heap of hard work – and determination.

“Determination is etched in my brain. I’ve always been competitive in whatever I do. Even a social game of golf will end in playing for something.”

Read knows, though, that it’s not always healthy.

“It can be my downfall – overtraining, going out the door when I don’t really need to run; I’m supposed to have a cruisy afternoon or something and next thing I’m out there running.”

Partly, he knows, it’s his personality.

“I’ve got a very addictive personality, which is probably one reason I’m good at triathlon – I can hurt myself a lot because I’m addicted to the adrenaline of it and the pain and putting yourself in the hurt box.”

As he adjusts to concentrating on ultra-distance trail running, where pacing needs to play as much a part as determination, he’s learning that sometimes it pays to back off, just a little bit. Well, he’s trying.

Who knew it could be possible to have too much determination? For me, a little bit more would take me a long way.

By Eugene Bingham for stuff.co.nz